The reasons of the service of hospitality:
Venice, with its very special history and culture has inherited a natural tourist vocation.
In Venice – Cardinal Giovanni Urbani, inaugurating the new Chapel on 29 November 1961, said – “Every stone speaks of Christ.” The whole Venice is a poem of Christian faith. We need to welcome tourists who come to Venice so that they can carry with themselves the best impressions of this marvelous page of our faith, of this poem of religion. This is why we welcome them.

The same Patriarch, in his inaugural speech, gave not a counsel but an authoritative command to the Religious Community: “We need to put a directive and we have the authority to give you.” Understand that the hospitality you give must be an apostolate to those who come in this house. You have to welcome the persons not only with gentleness that is customary for you, but a feeling of loving hospitality.”
The authoritative word of the Cardinal interprets a more profound reason of 50 years of hospitality offered by Casa Caburlotto to national and international tourism.

The guests”
The first group of guests, not yet listed as tourists, were young people from the North regions of Italy for a Catholic Congress held in Venice. They were 45 and stayed in Casa San Giuseppe for a week. It was at their use for moments of prayer and celebration guided by their priest-guide but the religious community were also interested with the activity of the local priest especially the Cavanis Fathers.

Guests from all the continents
In the last 10 years, many persons stayed, including Casa Caburlotto at different times and reasons. Among the many, we remember some faces, some names, without preference, in order to testify many diverse realities.
Among the Patriarchs: Patr. Aristide Cavallari; Card. Pietro La Fontaine; Card. Angelo Giuseppe Roncali (Giovanni XXIII); and Giovanni Urbani; Card. Albino Luciani (Giovanni Paolo I) Card. Marco C’e.

Priests: Apart from the Venetian Clergy, many friends-priests were given hospitality, or as guide to groups, acknowledged groups of seminarians from Toledo, seminarians from Rome, Msgr. Sandro Corrdini, promoter of Faith in the Roman Congregation for the Cause of Saints, Fr. Giuseppe Caruana of Malta.

Artists
Paola Siclari (Chile) a student of the Faculty of Architecture prepared in February 2006 a small exhibit of her works (16 paintings) entitled “VENEZIA DENTRO” painted and designed by Paola Siclari.
Giorgio Donini (Milan) photographer and painter, a guest in July 2006 and left us a gift of some of his works (potrayals of his city)

Beloved Friends
There is a special bond among many guests with Casa Caburlotto and with the Religious Community and at times they return for many years. We remember some:
Mr. Nuyens Herman and Wuyts Vera “Committee of Dante Alighieri” di Turnhout – Belgium – a couple who regularly comes for about 30 years with groups of 30/40 persons for a cultural trip.
Mrs. Christine Gruwez (Belgium – Berchem) – comes with groups for cultural art interest, usually they assemble in St. Pius X Hall.
Mr. Charles Rubino “Radio Italiano” in France – who loves Carnivals, comes regularly with groups for ten years now.
Janette Martin Dryden (Artist) – Art Spirit Studio of Students – New Mexico USA – who came many times with some students, personally interested with classical art, private instruction and European paintings.

Embassies in Rome
Some persons working in the following embassies stayed in Casa Caburlotto – Ecuador Embassy, Holy See; Embassy of Guatemala, Holy See; we gave hospitality to Ambassador Juan Gavarrete Soberón with his family in June 2006; The Argentina and Spain Embassies. 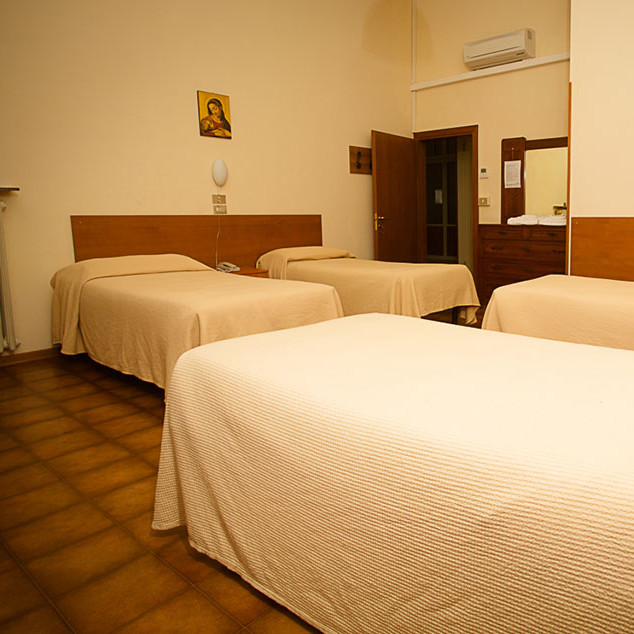 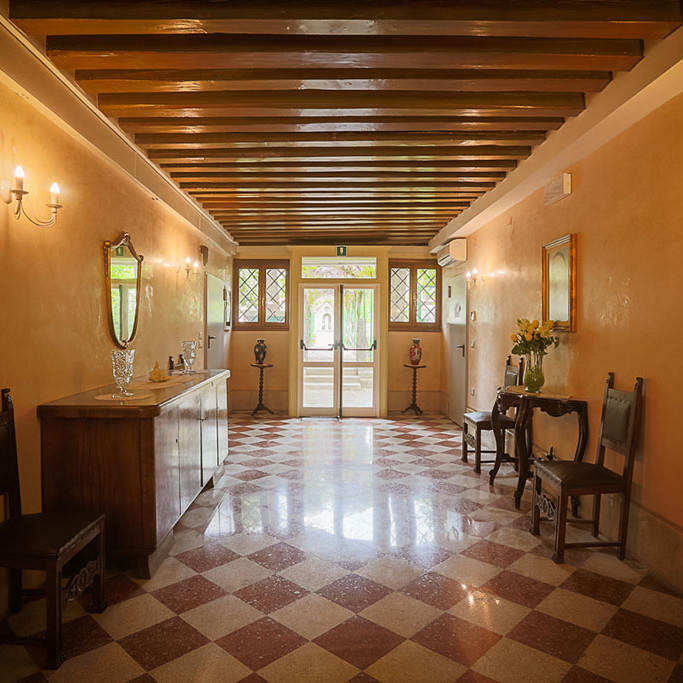 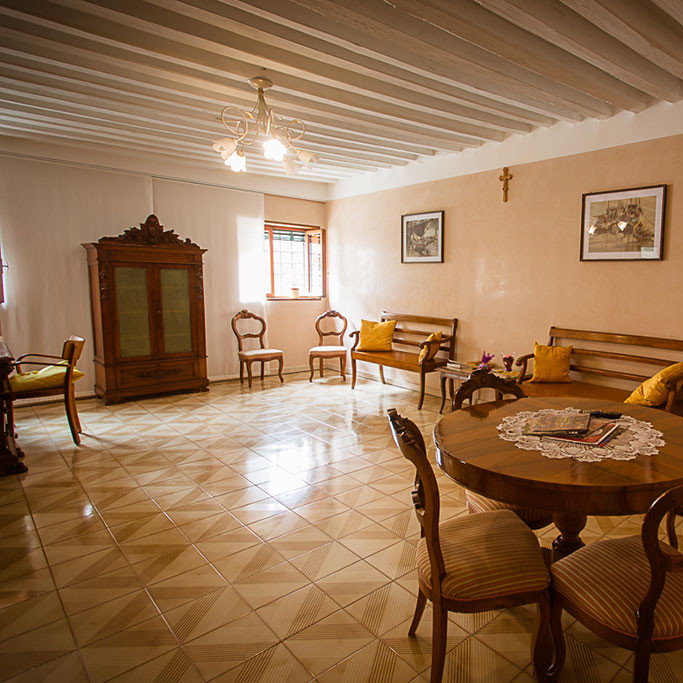